[vc_row][vc_column][vc_separator border_width=”2″][vc_custom_heading text=”Chiles often suffer from a case of mistaken identity. Many look similar and, often, one chile has several different names. To further complicate matters, a dried chile frequently has a different name than its fresh counterpart. Let’s try to better define some of the most commonly used chiles in Mexico.” font_container=”tag:h3|text_align:left|color:%23000000″ use_theme_fonts=”yes”][vc_custom_heading text=”Morita / Jalapeno” font_container=”tag:h4|text_align:left|color:%23000000″ use_theme_fonts=”yes” el_class=”uppercase”][vc_column_text]Considered a medium heat chile, the morita is actually just a smoked jalapeño. Translated to mean “little blackberry” in Spanish, the heady aroma of mesquite and chocolate make the morita a wonderful addition to both savory and sweet dishes. As with any dried chile, moritas can be rehydrated in water prior to cooking. Left dry and grounded up, they make an incredible chili powder. Be sure to remove the stems and seeds if you try this.[/vc_column_text][vc_single_image image=”7607″ img_size=”600×400″ alignment=”center” style=”vc_box_shadow”][vc_column_text]Jalapeños (morita’s fresh counterpart) are the most readily available fresh chile in Mexico and their heat level can vary from mild to moderately hot, depending on how they are cultivated and prepared. When ranked on the Scoville heat scale, however, they are considered mild. Small brown lines or ‘scars’ on the skin of jalapeños can indicate that they have a higher heat level. They are commonly pickled and served as a condiment on top of nachos and in quesadillas. A very versatile chile pepper, they can also be stuffed, grilled, and muddled into cocktails, such as margaritas. [/vc_column_text][vc_custom_heading text=”Poblano / Ancho” font_container=”tag:h4|text_align:left|color:%23000000″ use_theme_fonts=”yes” el_class=”uppercase”][vc_column_text]Poblanos, also known as ancho chiles when dried, are a type of very mild chile, named after the state of Puebla, Mexico, where they originated. They can be eaten raw or cooked, but are frequently roasted. Roasting them mellows their taste and brings out their subtle fruity flavor. Poblanos taste best when they are peeled and seeded, which is much easier accomplished after they’ve been cooked. They are frequently split in half and stuffed with various fillings like cheeses, meats, and beans. For the classic Mexican dish, Chile Rellenos, the peppers are dipped in an egg batter, fried, and served with salsa. This affordable chile can be found in many Mexican dishes such as mole, quesadillas, and salads. In North America, they are commonly labeled as pasilla peppers at grocery stores. [/vc_column_text][vc_single_image image=”7608″ img_size=”600×400″ alignment=”center” style=”vc_box_shadow”][vc_column_text]Ancho chiles (dried poblanos) make a great spice rub when grinded. Another great idea is to soak the dried pods in hot water, remove the seeds and stems, and then combine the reconstituted peppers with sour cream and purée until smooth. [/vc_column_text][vc_custom_heading text=”Serrano Chile” font_container=”tag:h4|text_align:left|color:%23000000″ use_theme_fonts=”yes” el_class=”uppercase”][vc_column_text]Skinnier and longer than jalapeños, serrano peppers tend to be very hot, and are one of the most commonly used chilis in Mexican cuisine. They are most frequently used in salsas and as a flavoring, rather than the main component of a meal. The fiery serrano can be roasted or chopped up in its fresh state and used as a garnish or seasoning, to amp up the heat and flavor in a dish. If you want to tone down the spice, be sure to discard the seeds. The dried version of this chile is quite uncommon.[/vc_column_text][vc_single_image image=”7615″ img_size=”600×400″ alignment=”center” style=”vc_box_shadow”][vc_custom_heading text=”Cascabel Chile” font_container=”tag:h4|text_align:left|color:%23000000″ use_theme_fonts=”yes” el_class=”uppercase”][vc_column_text]This chile, pronounced [kahs-kah-BEL] means “rattlesnake” and is often referred to as the ‘rattle chile’ because its loose seeds inside make a rattling noise when it is shaken. Unlike other chiles, which shrink and become wrinkly upon drying out, the cascabel retains its round shape and looks like a small dark red bell.

[/vc_column_text][vc_single_image image=”7609″ img_size=”600×400″ alignment=”center” style=”vc_box_shadow”][vc_column_text]Cascabels are moderately hot (between 1,500 to 8,000 on the Scoville scale) and impart a nutty, subtle smokey flavor to the dishes they are added to.They are commonly toasted on a comal (a flat Mexican griddle) and used in soups, sauces and salsas. They are also a key ingredient in the traditional Mexican stew known as ‘birria,’ which includes its seeds.

*Note: When slicing and seeding chiles, it is a good idea to wear gloves in order to minimize contact between your hands and the pepper´s flesh, which can cause a very uncomfortable burning sensation. [/vc_column_text][/vc_column][/vc_row] 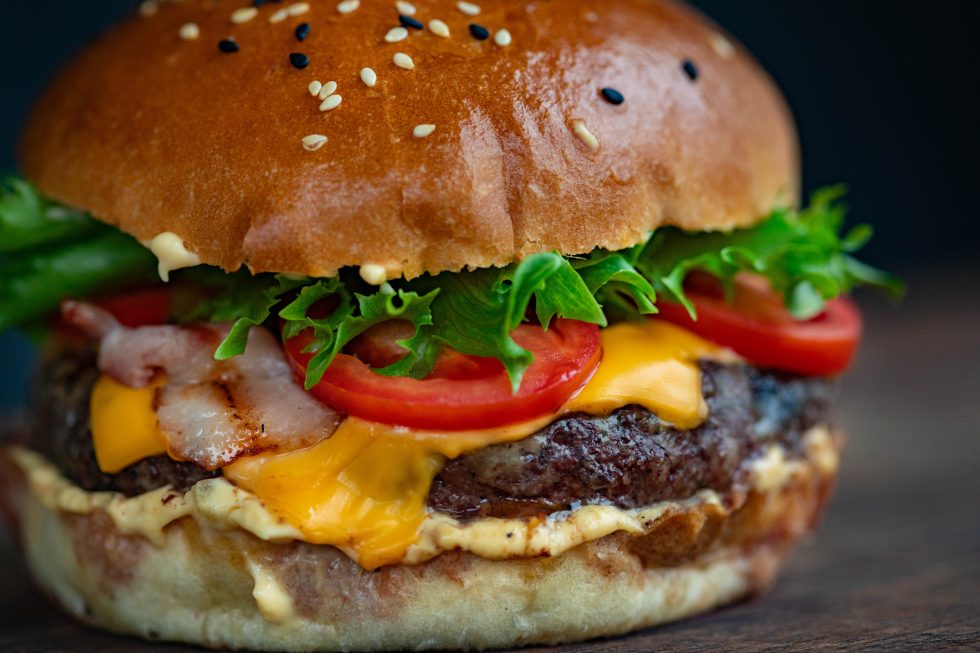 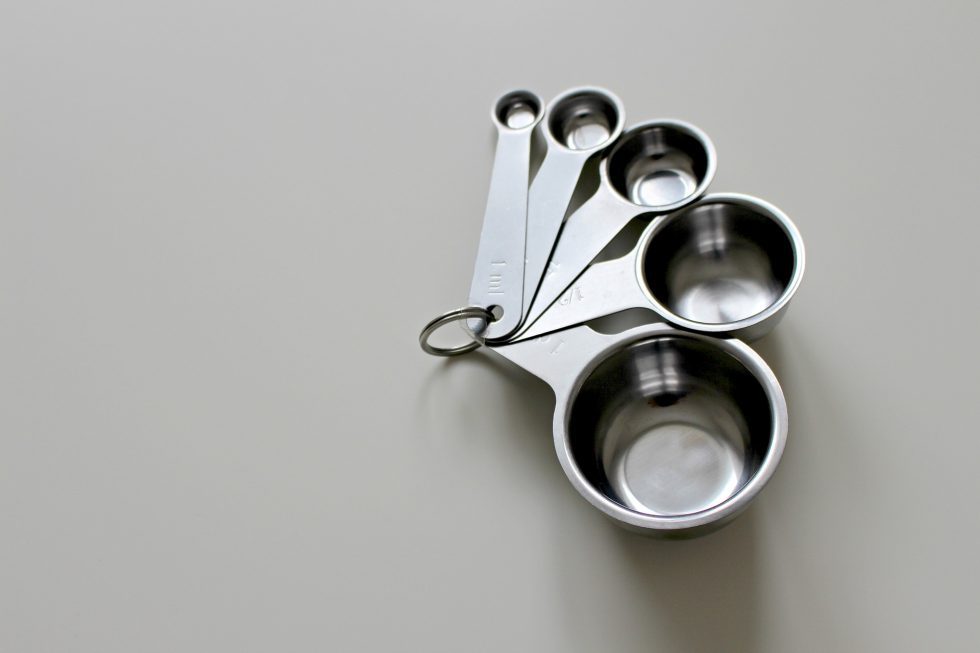 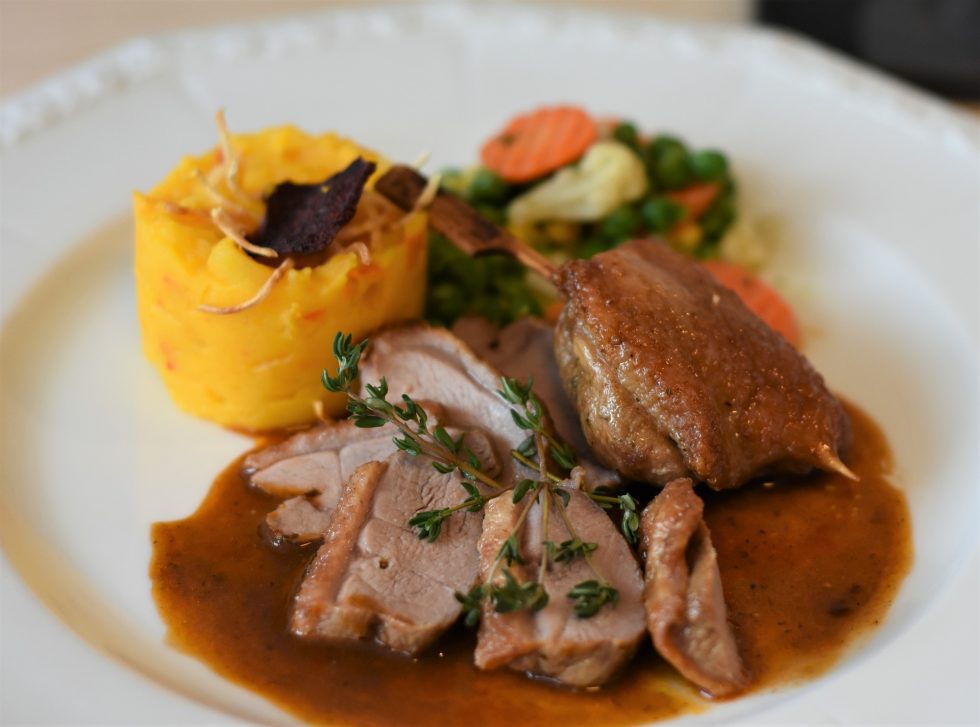