British food culture is steeped in comfort and ingredients are typically roasted, stewed or battered. Pork pies, sausage rolls and shepherd’s pie are just a few of the classics.

British fare has long been unfairly labeled ‘bland’ and ‘boring.’ This article aims to dispel those titles, examining the rich and diverse culinary culture that exists there today.

Well-known traditional British dishes include full breakfast, fish and chips, a plethora of sausage-centered dishes and meat pies. At its core, it is quintessential comfort food.

The importation of foods and spices from abroad has heavily influenced the British diet. In the Middle Ages, wealthy people were known to cook with spices and dried fruits from as far away as Asia. Saffron is one such spice.

Food rationing policies put into place by the government during the wartime periods of the 20th century are widely considered today to be responsible for British cuisine's poor international reputation. The climate makes growing conditions difficult to yield reliable raw ingredients, which is partially why meal times in Britain have traditionally involved roasting, stewing, or battering ingredients out of necessity. Despite this, it’s a country that boasts some of the world’s best beef, cheese, sea salt and seafood. Thankfully, a new generation of farmers and chefs are catching up. 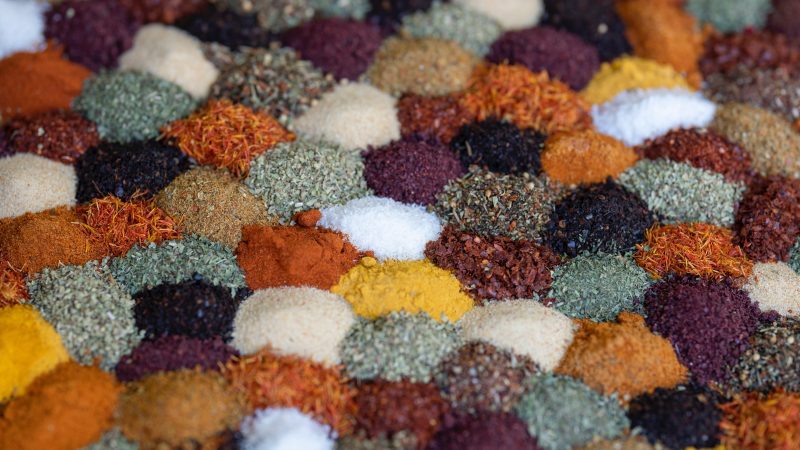 The importation of foods and spices from abroad has heavily influenced the British diet.

THE SUNDAY ROAST AND CHRISTMAS CAKE

Sunday ‘lunch’ in the U.K. is more like a feast! Roast beef is served alongside roasted potatoes, vegetables and Yorkshire pudding, a savory baked pudding made from a batter of eggs, flour and milk or water. While tasty on its own, Yorkshire pudding is most useful as a sponge for the drippings from a beef roast.

A British Christmas wouldn’t be complete without Christmas cake, a rich, heavily spiced cake with dried fruits that have been marinated in brandy or rum. This recipe is typically started as early as October or November so that it has time to “mellow out” in time for the big day.

While tasty on its own, Yorkshire pudding is most useful as a sponge for the drippings from a beef roast.

Tea is an integral part of most British meals and The United Kingdom is the birthplace of High Tea, where millions of cups are consumed daily. While most people associate it with dainty foods for the elite, high tea was traditionally a working-class meal served on a high table at the end of the working day. It was a heavy meal that consisted of savory meat pies, baked beans and rich sweets like crumpets.

Slightly confusing is the fact that the term ‘tea’ is widely used to mean an evening meal in many parts of the country. 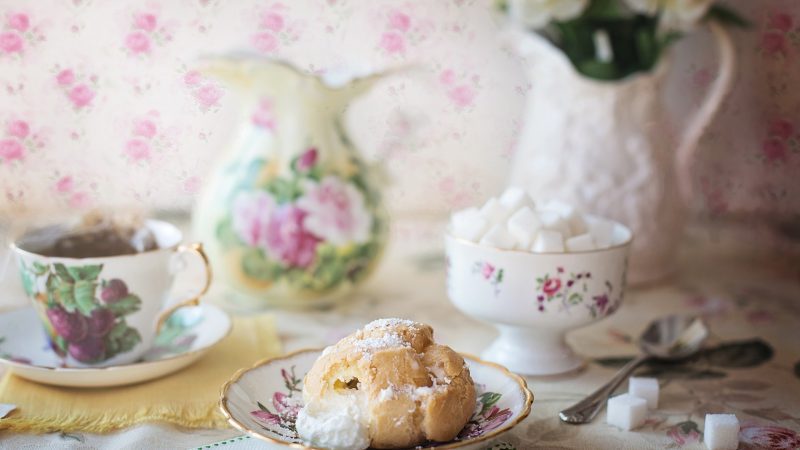 It’s not all meat pies in the United Kingdom. People in Britain eat a wide variety of foods based on the cuisines of Europe and other parts of the world. In particular, Indian food! So much so that Chicken Tikka Masala is considered the country’s national dish. Chicken Tikka, a popular Indian dish was adapted to include mild tomato-cream sauce or gravy, and is common takeout fare. 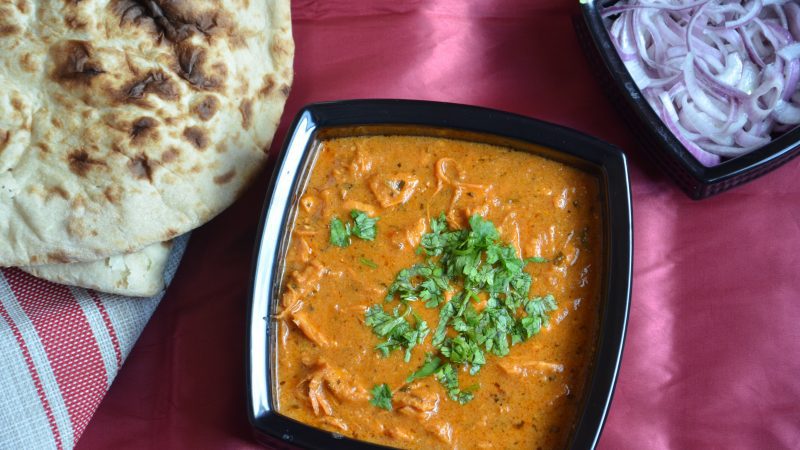 Chicken Tikka Masala is a significant British dish, not only because it exemplifies Britain’s multicultural facet but because it is considered by many to be the first widely accepted example of fusion cuisine. It has become so popular that it is even served in India. 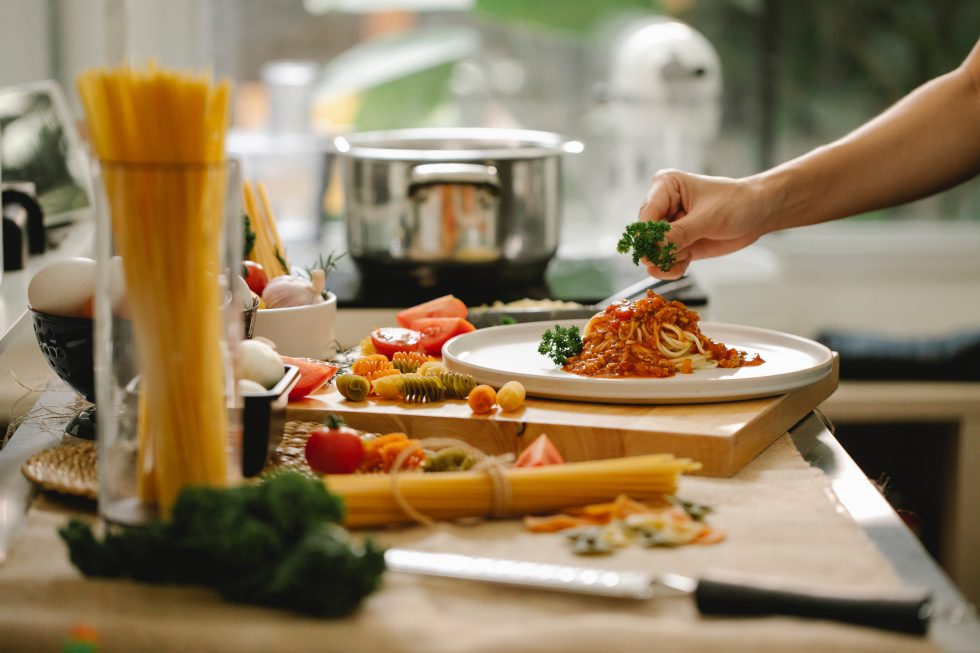 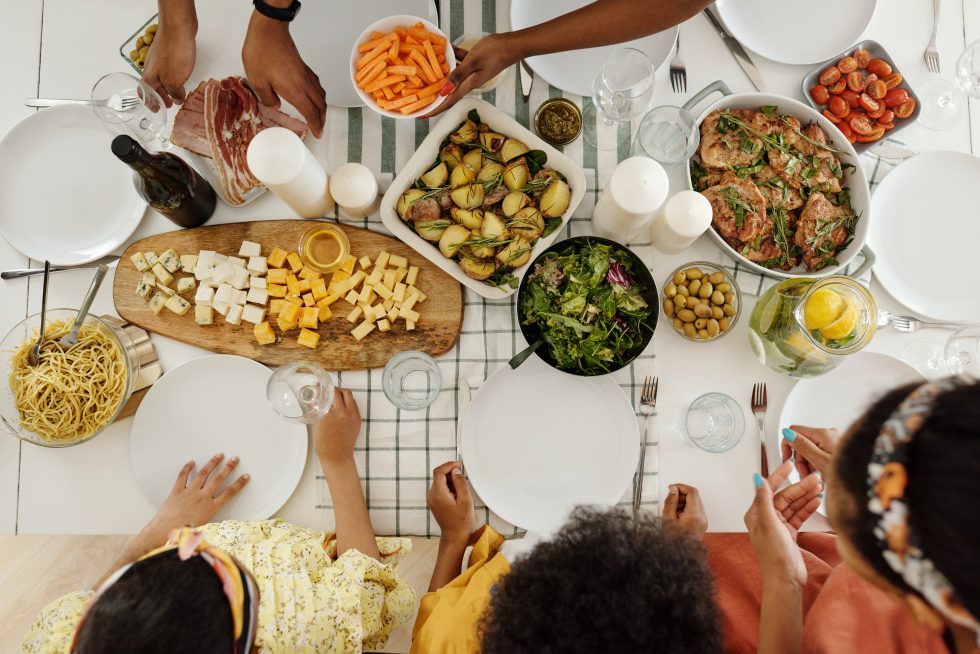 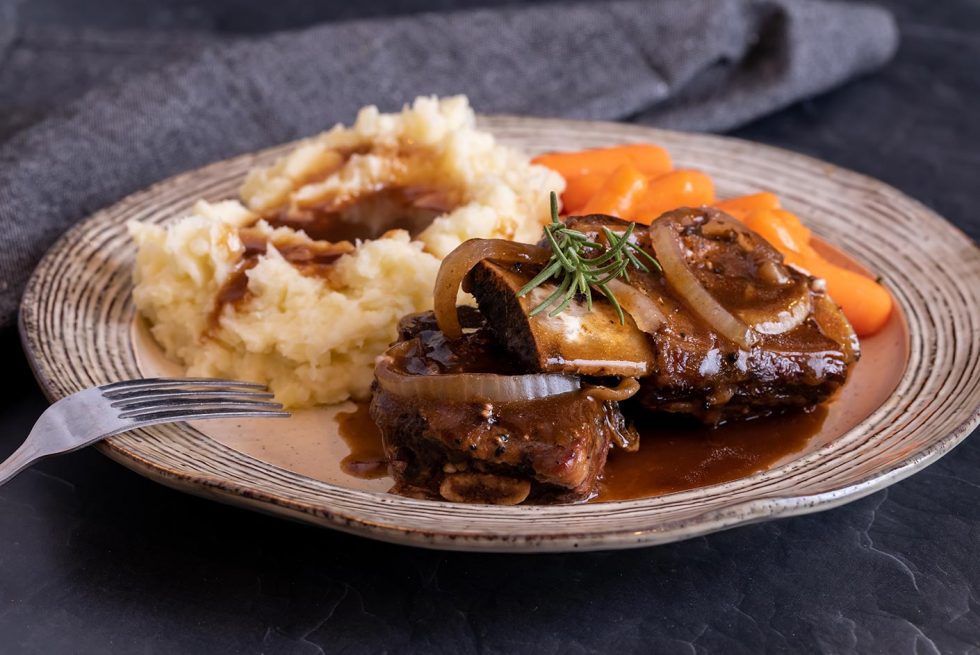