There’s something about pizza that just brings people together.

Pizza is truly a food of the world. Go almost anywhere and you can get a slice. Thick or thin crust, it really doesn’t matter – this vessel for sauce, cheese and toppings is beloved.

Whether it’s a Neopolitan pizza from Naples, Italy, or the infamous deep dish pie from Chicago, pizza is celebrated all over the world. These days, it’s impossible to name the end-all-be-all style of pizza. There are more variations on this Italian staple than we could ever count.

Some of the most popular varieties include Chicago Deep-Dish, which is baked in a pan, with a crust as high as three inches tall and New York-style pizza, hand tossed thin-crust pizza, that is frequently sold in slices instead of whole pies, but it was the pizza Margherita that kickstarted the kind of pizza making in Italy that found its way to the United States. Let’s take a closer look at some of the world’s most popular pizza styles. 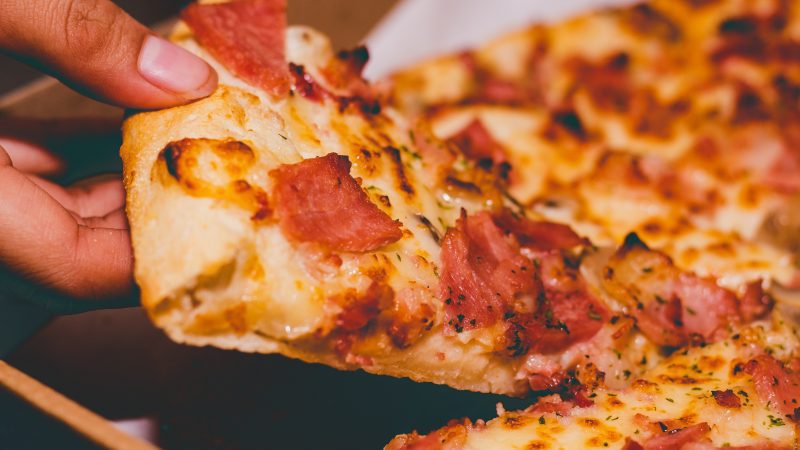 Perhaps the most popular type of pizza, or at least the most traditional, is the Neapolitan Pizza. It hails from Naples, Italy and is governed by a set of strict rules, regulated by the Associazone Verace Pizza Napoletana (AVPN). The tomatoes used in the sauce must come from one of three regions in Italy: Sarnese-Nocerino, Vesuvio, or Corbara. The cheese must be from the milk of water buffalo, 00-grade wheat flour must be used, and the pizza must be cooked no longer than 90 seconds in an authentic wood-fire oven.

Perhaps the most popular type of pizza, or at least the most traditional, is the Neapolitan Pizza 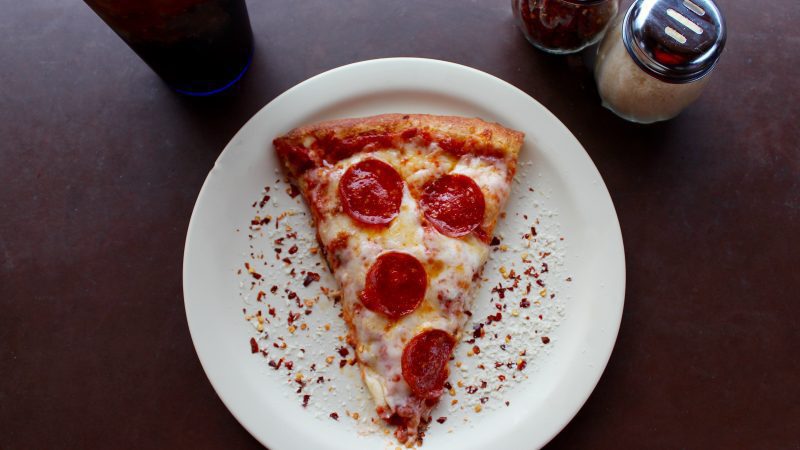 Then there are those ‘pizzas’ that fall between the lines. There’s Coca, a Spanish style of pizza, but it’s not served warm, which may seem sacrilegious to pizza enthusiasts. Then there’s focaccia, another delicious Italian specialty, which many historians believe was the precursor of pizza, and we can’t forget about Hawaiian Pizza, the controversial pie that includes fresh pineapple.

Sicilian pizza, also known as “sfincione,” provides a thick cut of pizza with pillowy dough, a crunchy crust, and robust tomato sauce. This square-cut pizza is often served with the cheese underneath the sauce to prevent the pie from becoming soggy. Sicilian pizza was brought to America in the 19th century by Sicilian immigrants and became popular in the United States after the Second World War. 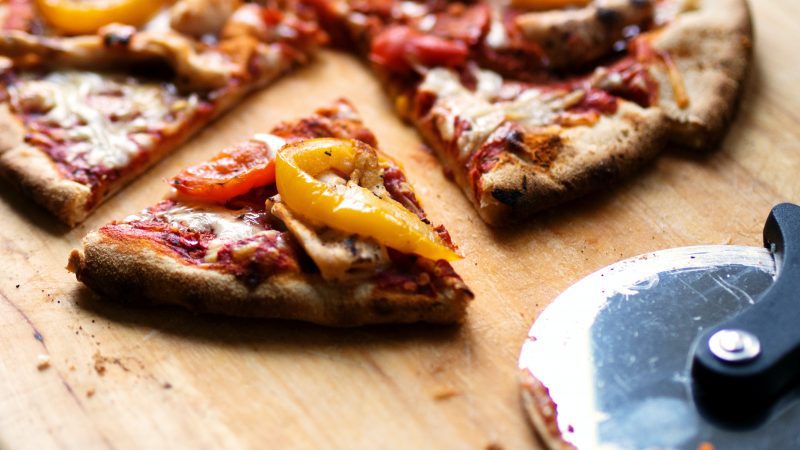 Chicago pizza, commonly referred to as deep-dish pizza, gets its name from the city it was invented in. During the early 1900’s, Italian immigrants in the windy city were searching for something similar to the Neapolitan pizza that they knew and loved. Instead of imitating the notoriously thin pie, Ike Sewell had something else in mind. He created a pizza with a thick crust that had raised edges, similar to a pie, and ingredients in reverse, with slices of mozzarella lining the dough, followed by meat, vegetables, and then topped with a can of crushed tomatoes.

It would be fair to call deep-dish pizza the lasagna of pizzas. Generally, the toppings for Chicago pizza are ground beef, sausage, pepperoni, onion, mushrooms, and green peppers, placed underneath the tomato sauce. Some pizza makers will finish off their pizzas with a sprinkle of Parmesan cheese across the tomato sauce.

It would be fair to call deep-dish pizza the lasagna of pizzas.

In order to easily get a Chicago pizza out of the pan, it's important to wipe the pan down with oil. Adding oil to the pan also helps to make the base of the dough a bit crispier. Since there are more toppings and dough, baking a deep dish pizza can be a lengthier process, with a baking time of up to 35 minutes.

New York City has hundreds of pizza joints across the city. When Italian’s immigrated to New York City in the early 1900’s they brought Neapolitan-style pizza with them. New York-style pizza has slices that are large and wide with a thin crust that is foldable yet crispy. It is traditionally topped with tomato sauce and mozzarella cheese, with any extra toppings placed on top of the cheese. Pizza without additional toppings is called “plain,” “regular,” or “cheese.”

While this style of pizza can have virtually any topping added to it, it's common to find pizza lovers topping New York pizza with condiments, like oregano, red pepper flakes, and garlic powder.

New York-style pizza has slices that are large and wide with a thin crust that is foldable yet crispy. 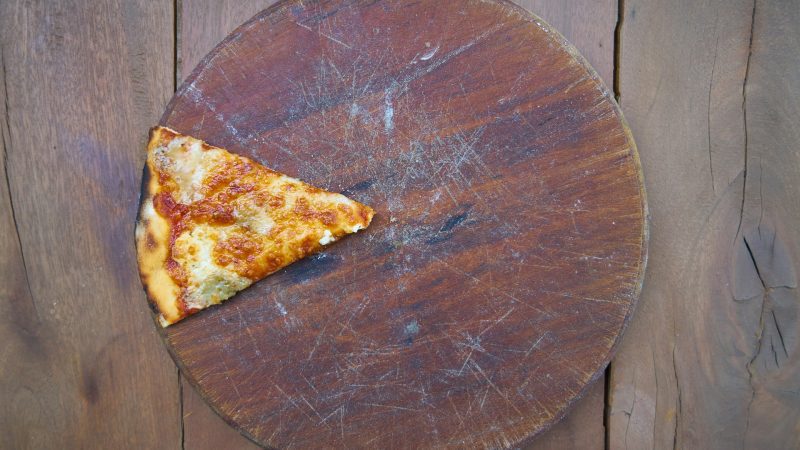 New York-style pizza is one of America’s most famous regional pizza types. While it was a variation of Neapolitan-style pizza, over the last century, the New York slice has taken on a fame all its own, with some saying its unique flavor has to do with the minerals present in New York’s tap water supply.

This week, you’ll get the chance to make your very own Detroit-style ‘za! Reflecting the city’s deep ties to the auto industry, this pizza was originally baked in a square automotive parts pan in the 1940’s. Detroit pizza is first topped with pepperoni, followed by brick cheese (a Wisconsin cheese) which is spread to the very edges of the pan, yielding a caramelized cheese perimeter. Sauce is then spooned over the pizza, an order similar to Chicago-style pizza. This pizza features a thick, extra crispy crust that is tender and airy on the inside. In order to achieve this, it should be cooked at the highest temperature setting (500 to 550 degrees Fahrenheit) for 10-15 minutes and sliced in squares!

Making pizza from scratch is a wonderful skill for home chefs. Achieving a great dough is the hardest part. After that, it's all about high quality sauce and toppings! 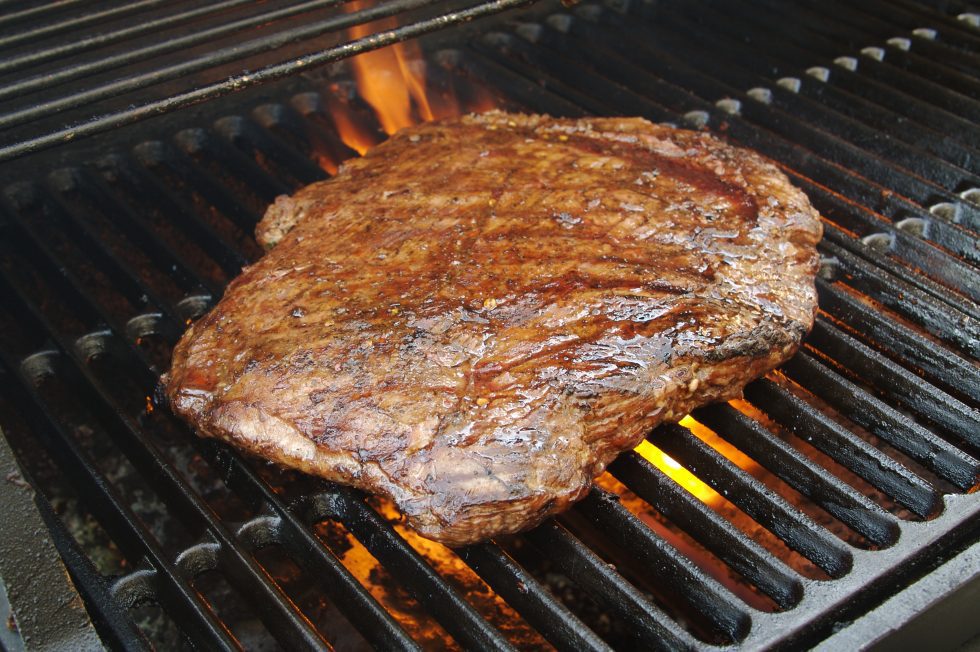 The Magic of Barbecue 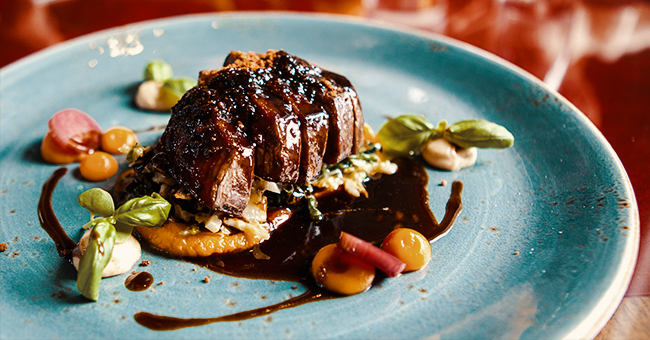 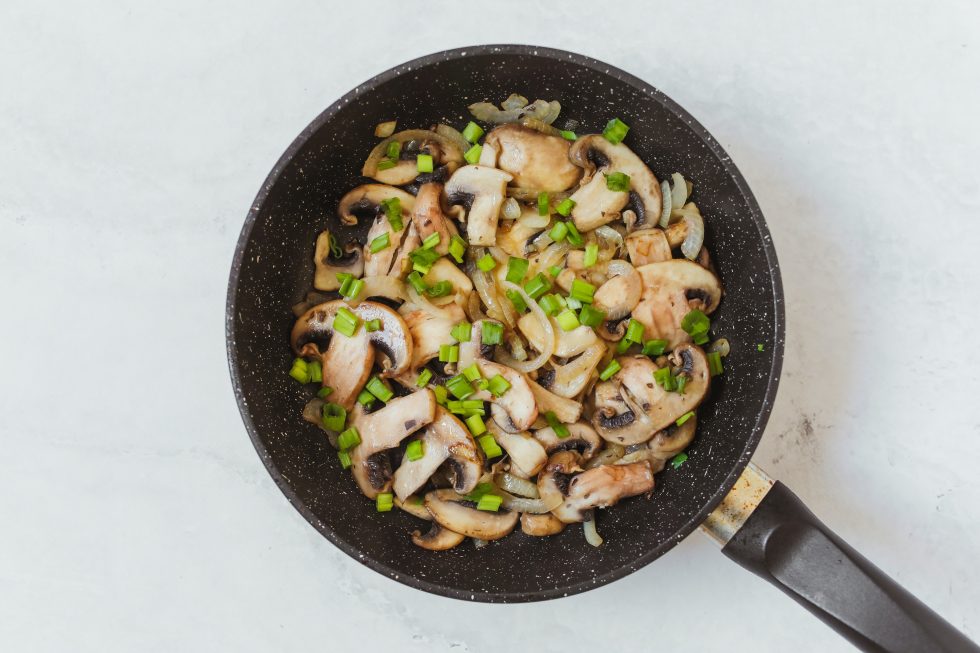